December 20, 2016
Today I set about fitting the big red knob which breaks the current going to the thruster motor.

The breaker itself is horrible... Its fair to say the huge red button is not very discreet but we'll gloss over this as it is an important safety feature for the thruster and should anything happen, we can just 'hit the huge red button' and anyone on board will clearly understand what we are referring to.

We decided to fit it on the far bulkhead under the saloon table so it was as near to the thruster and battery as possible as well as being out of sight for the most part. So I got the drill and the 25 mm hole cutter, made a dot there it needed to go and went straight for it. Bad idea. Little did I know there was, what seemed to be, an inch and a half thick bulkhead behind... So I drilled straight through, put the breaker in the hole from behind and of corse it didn't go all the way through. This means that the big red knob can't screw onto the breaker and therefore it seemed useless. I borrowed a couple of other breakers from the boatyard's chandlery with the hope of them fitting...but nope. Bugger.

I've ordered what's called a 'threaded stud connector'. This means you are able to connect two threads together. The plan is to use this and thread it onto the breaker. This then allows us to purchase an M8 threaded bar which we can cut to any length we need. We'll cut this to a length where it can be connected to the breaker (via this female threaded stud connector) and then poke through the hole I've cut in the bulkhead where the red knob can then be screwed to it. Think of it as an extension to the breaker. Not ideal but it will have to do. [I hope that made sense...] 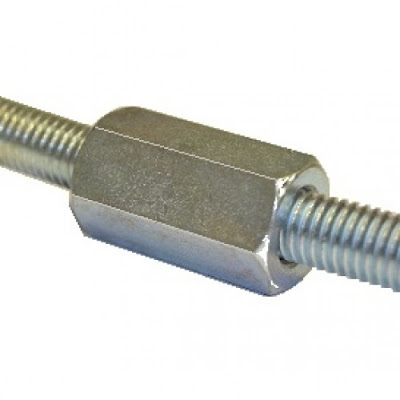 Lesson learned today: don't cut holes until you're sure that things will fit!! ANY HOLE CUT IS A HOLE FOREVER.