December 05, 2016
A couple of years ago I created a YouTube channel for our previous boat, Bliss after purchasing a new GoPro Hero 3+ Silver Edition action camera. The camera is fantastic and can be mounted in an infinite number of spaces on the boat due to a different range of mounts. I can then import the video to my computer and turn an eight hour journey into a 15 minute time-lapse. The camera is also water resistant so it's perfect for boating. It means I can even film underwater while cruising the river if I wanted to. I have done several videos and uploaded them to Bandit's YouTube channel but I haven't been keeping up with it recently. The only video to do with Bandit uploaded to the channel is of her 3 hour trip back to St Ives from Chichester Marina when we purchased her in January of 2016. So yes, I am a little far behind currently...

I've got a new computer which will be far better at dealing with the large video files so watch that space and expect some new videos to appear shortly next year!

Either click the following link or hit the 'YouTube' button in the navigation bar at the top of the page.
https://www.youtube.com/channel/UCHt6h0KMi25pkw1yEBcJzUw 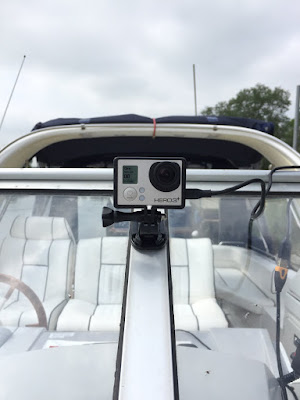 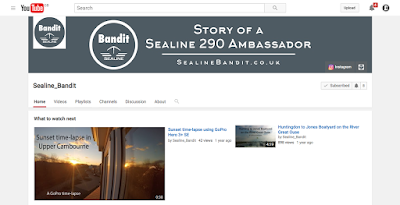