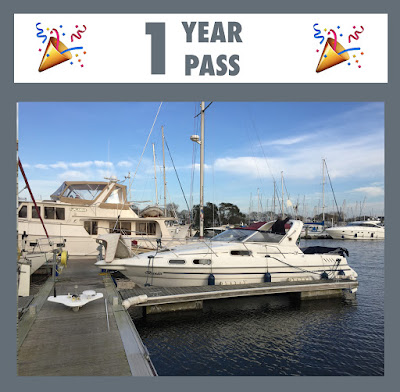 Yes, today marks 1 year since we actually purchased Bandit at Chichester Marina in late December of 2015 and handed over the money! This seems crazy to us as one year has literally flown by. Although one year came about in a blink of an eye, it does seem about right when we think of everything we've accomplished in this first year.

The photo above shows us on hand-over day. We had to remove the GRP wing mounted to the top of the radar arch in order for the boat to be transported on the lorry a week later.

We end the year on a happy note and look forward to the upcoming 2017 boating season!