A Rather Strange Sight

November 22, 2016
Today was the first of two days dedicated to craning the boats out in the marina for winter. In total, we will be craning out 55 boats - considerably less than the usual 80+ boats we have to lift for winter. I came straight from college to have a look and lend a hand if needed.

It's quite a strange sight to see the boats dangling 50 feet above the water from a sling... It's quite a nail-biting thing to witness but they've done it countless many times without incident so be assured it's all very safe and thoroughly planned through. All the staff involved wear different coloured high-vis jackets depending on their role on that day. It was quite a windy day today which can't have made anything easier. As far as I know, over half of the boats are on land today and the ones which are still afloat will be lifted tomorrow. It took about 5 minutes to prepare and chock each boat before moving onto the next one. Not only were some of the staff busy craning out boats but the mechanics at the marina were busy winterising boats for the upcoming winter season.

It's a fantastic thing to witness just because how unusual it looks knowing a boat should be floating on water, not in the air or on land. 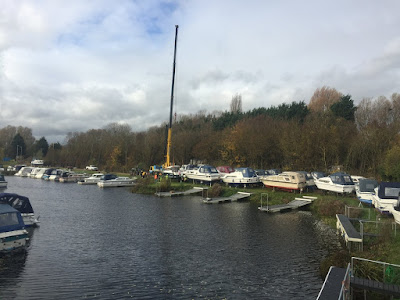 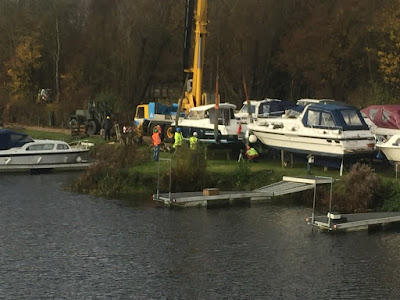 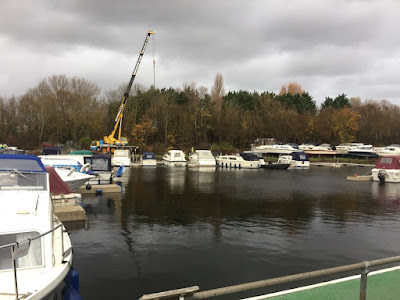 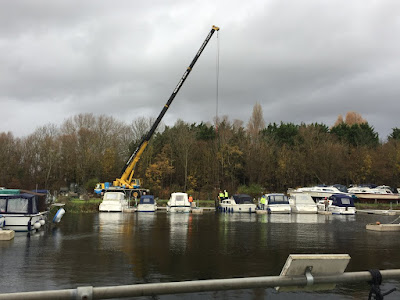 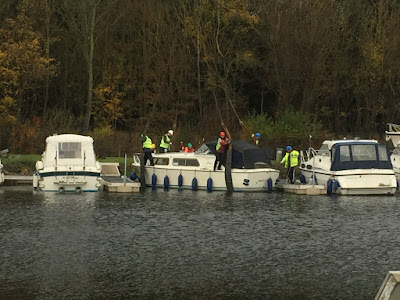 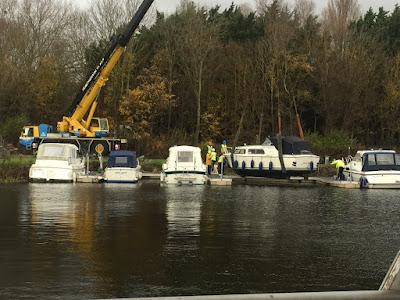 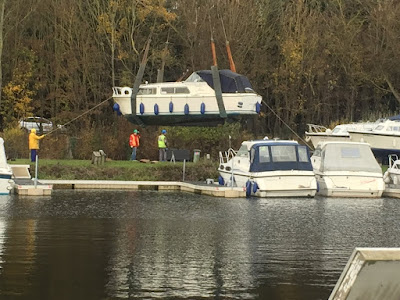 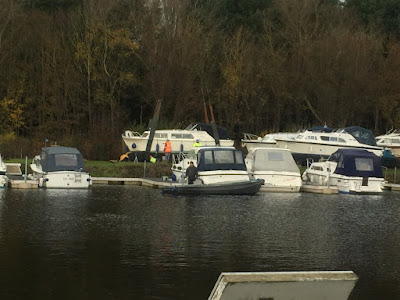 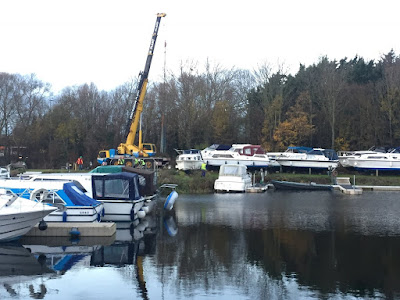 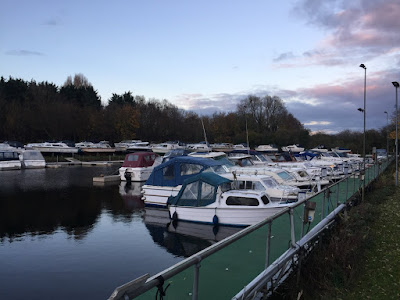 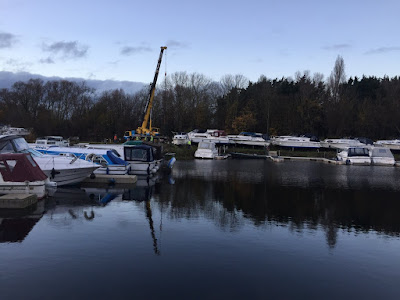 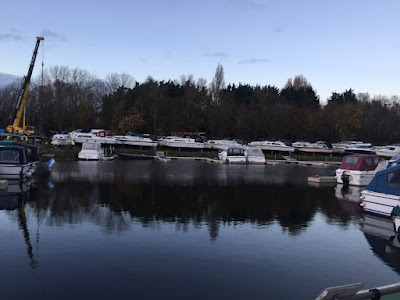