We got to the boatyard late Friday night in preparation for heading off Saturday morning. 6:00 Saturday morning and alarms sounded. We got up, had some breakfast and set straight off for Southampton. We got incredibly lucky with the traffic and with that, it took us about two and a half hours. We parked in Hythe and got the ferry over to Southampton and walked to the event.

All in all, the event was fantastic. We began by looking around the outdoor stands and then made for the two large halls where we picked up a few bits and pieces. Next, we headed to the highlight of the entire show - the boats! This year, we had a good look around Sealine's yachts. It was so incredible to see modern Sealine's and compare them to our 1991 290 Ambassador. As lovely and luxurious as these yachts are, I do still prefer the styling of the old-school Sealine's such as Bandit. I would have a new one in a heart beat if I had the money, however. Next, we viewed an old friend, Fairline Yachts. They're such beautiful boats but sorry Fairline, we're part of the Sealine Club now! I do really like the sporty, luxurious styling that Fairline have adopted though. After Fairline, we had a look at Azimut Yachts. Me and Dad agreed that Azimut styling beats anything else. The boats were phenomenal! They looked so sharp and fast and the interiors were incredibly well thought trough and beautifully finished. Lastly, we viewed Sunseeker Yachts - by far the nicest Yacht company and don't they know it!? Attracting the attention of the crowds by blasting 80's music through their Fusion sound systems. It really did sound like a party aboard Sunseeker yachts. They created such a great atmosphere!

Firstly we got two new large-diameter LED lights to replace the original brass eyeball lights above the table in the saloon. We didn't like the brass lights but we could not find any lights that would fit in the recess. They were £13 each so not too bad. We also had to fit two new rocker switches to turn the lights on and off individually. Overall, they look brilliant and the switches that we thought might look dreadful actually look great. 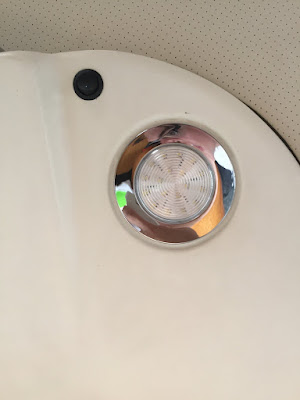 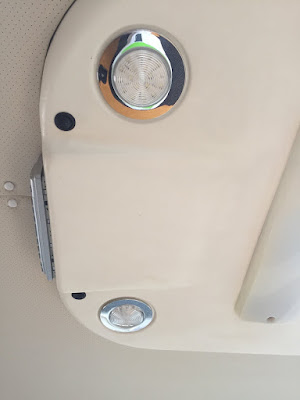 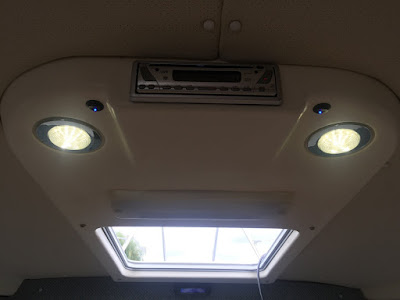 Secondly, we purchased a new flat profile, surface mounted LED light to replace the brass one in the guest cabin. This one we found you click once for a bright white light and click again for a blue light. A great addition that looks brilliant! It's incredibly bright too which is far better than the previous light. It cost us nearly £60 but it's a nice quality light. 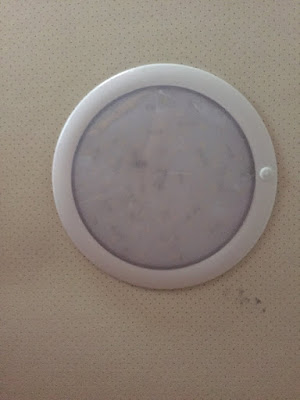 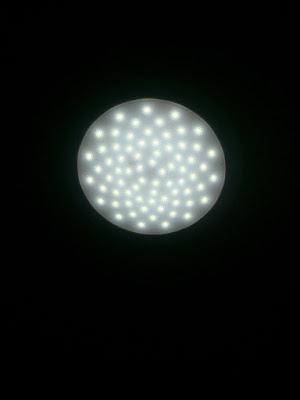 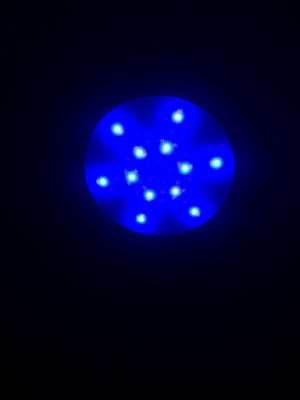 Thirdly, we got a new 3/4 yard Ensign flag. It's a tradition for us now that each year, we buy a new flag from Southampton Boat Show. The old one we thought was alright but after getting the new one back home, we realised just how dull it had actually become. It's a printed flag so it cost us £9 compared to the sewn 3/4 yard Ensign costing £30.

Next, we bought a 12v charging panel for the helm. Two things; #1 is that we need a charging station at the helm so we can use the iPad and iPhone's in the cockpit while they're charging. At the moment, they've got to be charged in the guest cabin and it's not really ideal. #2 is that we removed the old Sealine map light from the helm and need something to cover the screw holes. This device should do nicely and was only £12. 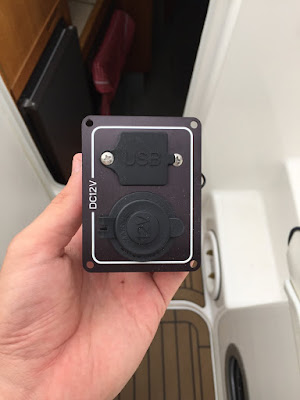 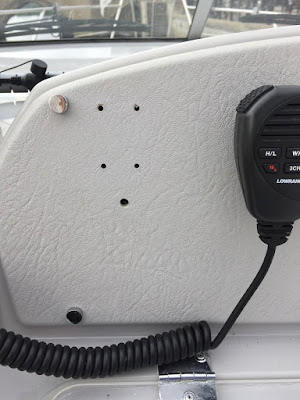 Lastly, we've got a Boat Show deal on something we've been thinking about since selling our beloved Mirage; A BOW THRUSTER! That's right, a new bow thruster for Bandit! We spoke to Side-Power who manufacture and sell bow thrusters and they told us they could do us a good deal on a thruster if we purchased it now. We had originally set our mind on a Vetus thruster but after speaking to Side-Power, they've explained that we can get the same power from a physically smaller motor and smaller tunnel which is what we need for Bandit due to lack of space. There are many other reasons why we chose Side-Power but mostly, the salesman (and electrician for Side-Power) who we spoke to came across so friendly and had a bucket full of information for us. 10/10 to Side-Power for their salesmen at the boat show this year. So, the details; we've got ourselves a 40kg/3hp Side-Power electric bow thruster. We've also chosen their round remote with stainless bezel and an interesting stainless boat-shaped control stick. I believe it's their new remote design so we're very excited to see it mounted to the dash of Bandit. All we have to do now is transfer the money and organise for Bandit to be lifted out at some point before the year ends to have it all fitted. I'm so incredibly happy with this news as the one thing I well and truly miss about our previous boat is the bow thruster. It's a really helpful device and I've found myself wishing we had one many, many times this year. In total, we've been quoted near £2k for the whole kit including the thruster, tunnel, propeller, anode, wiring loom and remote.