July 17, 2016
Not too long ago, I removed the transom door to give it a good clean and replace the hinges. While I was polishing the gel coat, I realised that there used to be a 'Sealine' word decal on the back. After thinking about it, I thought it would be nice to have another on the door as it would show from behind. I looked on the internet and came across Naughty Gull graphics who sell chrome Sealine decals. We ended up buying two chrome decals which came to about £25 and yesterday they arrived while we were at the boat removing the heads from Bandit's starboard engine.

The one purchase contained two chrome Sealine decals; one we placed on the transom door where one had previously been and the other one we didn't really know what to do with. We wanted to put it somewhere as they were both too nice to not use. After a lot of pondering, we ended up putting the last one on the rear side of the radar arch. This way, it can still be seen inside the boat and also from the outside when the canopy is off.

Overall, 25 quid well spent! They look fantastic and with the mirror effect chrome, they're really eye-catching. We'll purchase some larger raised Sealine decals to put on the hull when Bandit is next out of the water as we currently only have some blue decals saying 'Sealine' but in a slightly weird font. We'd rather go back to the original raised chrome decals if we can find some, that is. 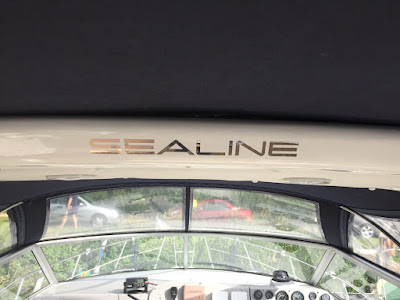 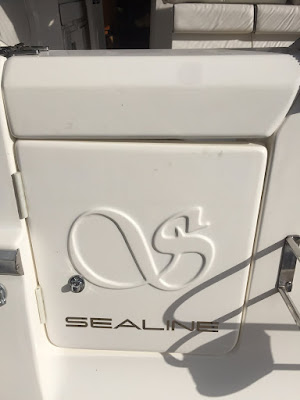 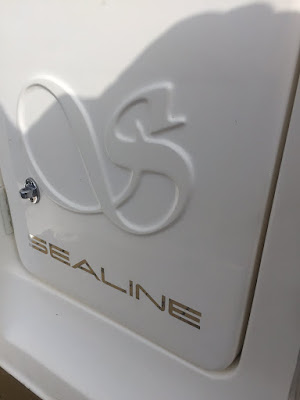