July 17, 2016
Two weeks ago at work, we captured an injured father swan who had managed to get a large fish hook caught in his tongue. We spent hours trying to capture the poor swan and finally got him into the RSPCA van and watched him head off to Kings Lynn where he would spend the next week in care.

Today I bring you good news! This swan was returned to the boatyard on Thursday of this week where he was greeted by his partner swan and their four cygnets. The RSPCA lady told us that they very rarely take a father swan away from their 'home' if they have cygnets but this was an exception as he needed to have his tongue treated as soon as possible.

Below are some pictures captured by the boatyard when our swan was returned to the marina.
More at: www.jonesboatyard.co.uk 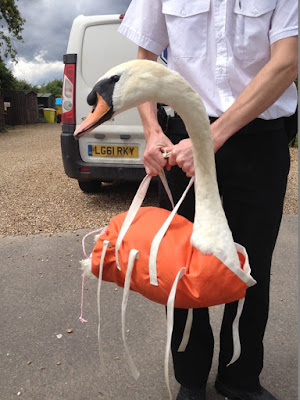 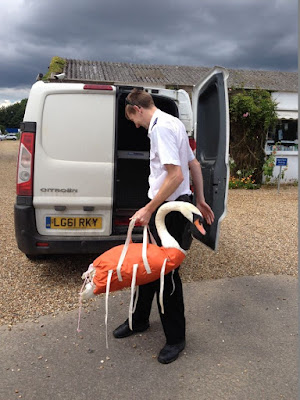 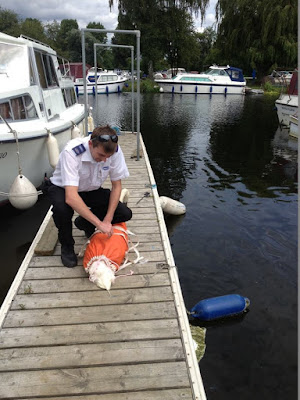 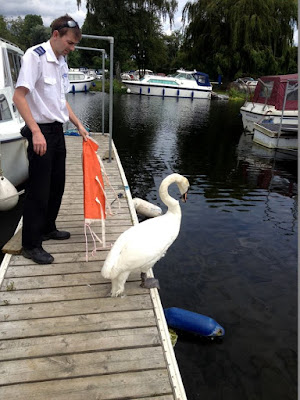