Back to the World of Boating

July 24, 2016
Engine rebuild complete, it's now time to get back to the world of boating, don't you think? Good!

As described in my previous post, we cruised up to Saint Ives today and moored up at the quay for the afternoon. We moored up and went straight into town to grab something for lunch and a couple of drinks. It's been extremely warm over the last few days so we've got through our large box of drinks fairly quickly. After two weeks of no domestic power on Bandit, it was so nice to now have it all working again, including an ice cold fridge to cool down our drinks and food! Something we all definitely take for granted, I can assure you of that. We had our VHF radio working again, the radio, lights and water. The main thing though was our fridge/freezer.

While moored up at The Quay, we were greeting by a grey fluffy cat who clearly lives in a nearby house to the quayside. He came over and sat down right beside the canopy in the shade. Dad fed him some turkey that we had bought to make some sandwiches and after that, the cat simply would not leave us alone! He was sat there watching our every move and then, to top it all off, he climbed on board and shot off down below. We could believe how brave this cat was! He was clearly used to being fed and stoked by the public. In the end, we let him roam the boat and he eventually got off after realising there was no more turkey to be seen. A very sweet cat and come to think of it, he's been on Bliss a couple of times when we were moored at the quay. He obviously knows how to guilt people into feeding him. 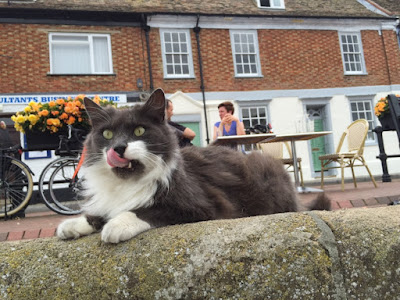 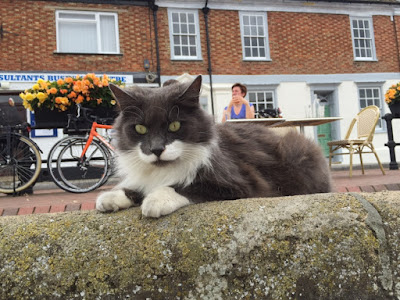 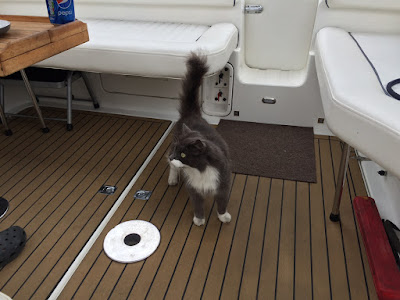 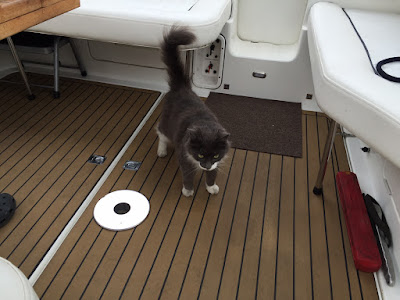 When we returned to the marina, I randomly decided to haul out all of our anchor chain and clean it and the locker inside as it was going all green. I felt bad for the poor electric windlass to spit out 40 meters of chain so I did it by hand. After cleaning it all, I remembered that on Bliss, someone had wrapped a piece of tape around the chain at every certain length. I thought while it was all out, I would do the same. So one meter from the anchor, I wrapped a single bit of yellow and green striped electrical tape around a chain. This ensures we slow the windlass down as the anchor comes up so it doesn't damage the bow. Next, I added two bits of this yellow and green tape two meters from the anchor so we know it's nearly time to slow down. After that, I wrapped a single bit of red tape five meters from the anchor and continued to add another for every five meters the chain length increases. Eventually, we ended up with seven bits of tape at the end so we know we have roughly 35 meters of chain at our disposal. Now you might be thinking, why would you need the chain marked if the river is only 2 meters deep at most places? Well, should we every head out to The Wash or a tidal stretch of the river and find that we need the windlass, it will come in handy. Something else I discovered is that the circuit breaker for the windlass keeps tripping and Dad thinks it's bad/rusty solenoids. We need to remove them and give them a clean or replace them all together. £110 for a new set. Maybe not just yet after the expense of Bandit's engine rebuild...

Our next big job is to get our new LED lights in. Three above the saloon, two above the galley and four in the radar arch to provide light in the cockpit. We'll get cracking with that this coming weekend if we feel like it. We might need to take a weekend to relax.
General Updates